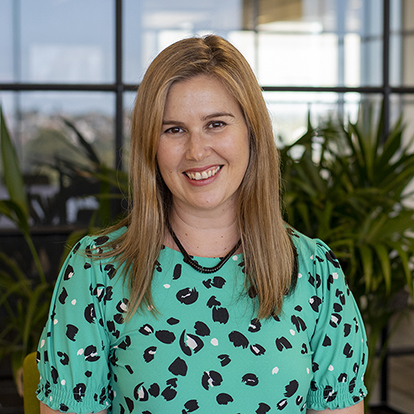 The late philanthropist and academic, Dr Christopher Baker, once said that his giving wasn’t about the money, it was about values.

As one of Australian philanthropy’s most ardent champions and role models, Christopher’s legacy continues to make inroads towards a more equitable society, with the launch of the Bakers Dozen Social Justice Fund and the Dr Christopher Baker Memorial Scholarship.

“Christopher was the kind of guy who wore a suit and tie but wanted to see structural change and real opportunities for people,” says Ben Rodgers, Executive Officer of the Inner North Community Foundation (INCF). “Someone once described him as very ‘proper’ but with a revolutionary heart which I think is very true.”

Christopher and his late partner, Kerri Hall, established the Equal Access Fund at Australian Communities Foundation in 2012, which was later ported to INCF as part of his final wishes.

Christopher and Kerri’s generosity made headlines in April when it was revealed that they had gifted part of their estate, including their superannuation and proceeds of the sale of their Brunswick home, to INCF where Christopher had served as Board Chair.

The $3.5 million gift was not only the largest donation from an individual received by INCF, it was also the Foundation’s first-ever bequest.

“It’s an amazing privilege to steward a donor’s intent that is so thoughtful,” says INCF’s Ben Rodgers.

“The fact that Christopher was able to combine his two funds is also a great example of grace and generosity on the part of Australian Communities Foundation who made it happen in such an easy way. It really gives donors confidence that their legacy is in safe hands.”

Finding ways to help others was one of the guiding principles of Christopher’s life.

After growing up in Brisbane he moved to Melbourne for a teaching degree. His earliest professional forays included work as a union organiser in the 1980s followed by roles in human resources and large corporates including ANZ, before undertaking his PhD on charitable bequests in Australia.

“His life’s work was focused on people and getting people opportunities,” Ben says.

Christopher was deeply involved in the giving landscape as a long-time supporter of CERES, Say Their Name, The Funding Network and Impact100 Melbourne.

“Generosity was so core to who Christopher was,” Ben says.

“He was the person who was the practical role model, always thinking about impact and lasting legacies and how to inspire others.

“I remember Christopher coming to a board meeting once where he said, ‘As directors, it’s important that we practice what we preach,’ and that he’d included a gift in his will as Chair of the Board and he encouraged the other directors to do the same. I remember it was met with crickets – total silence,” Ben laughs.

“But sure enough, over the next 18 months several directors updated their will and left a gift.”

“The story of the Bakers Dozen Social Justice Fund is one of learning to be generous – providing 13 loaves instead of 12,” Ben explains.

“It provides a vehicle for those living and working in the Inner North to contribute collectively to investing in transformational and sustainable change in community capacity and resilience.”

The Fund’s first grants were announced at a launch event in September.

Christopher’s deep connection to Swinburne University as an alumnus and researcher has been honoured by a new scholarship established in his name. The Dr Christopher Baker Memorial Scholarship will assist a first-year student undertaking the Master of Social Impact.

“Christopher was a fellow student, colleague and mentor to many people and most importantly a treasured friend to many alumni,” says friend and fellow director at INCF, Carolyn Munckton.

“He was one of the driving forces in the establishment of the alumni group back in 2005 when its purpose was to put learning into action by thinking through how to best support the community through grants to charities.”

Upon Christopher’s passing in June 2020, the Swinburne Philanthropy and Social Impact Alumni (SPSIA) committee, which had previously awarded two scholarships for students impacted by Covid, sought to ensure Christopher’s legacy would continue at the university.

“We wanted his name and legacy to endure,” Carolyn says. “It is our hope that this scholarship will ‘fuel our future social changemakers’.

The inaugural scholarship was awarded to Kate Shaw, who has worked in international aid and development for almost 15 years.

“More and more people are appreciating the importance of having purpose in their working lives,” Carolyn says, adding that the Master of Social impact “can provide a new career pathway or broaden and develop skills and knowledge for those already ‘doing good in their jobs’.”

The Swinburne Philanthropy and Social Impact Alumni Fund has a $10,000 matched fundraising campaign underway with the goal of doubling the funds available.

Tax deductible donations can be made in two ways:

Christopher set up the Equal Access Fund at ACF with his partner Kerri in 2012.  Its purpose was to address issues of social justice, with a focus on supporting organisations working to improve literacy. At Christopher’s request, ACF ported the balance of the Equal Access Fund at ACF over to the Bakers Dozen Social Justice Fund at INCF to consolidate their legacy. These arrangements were made shortly before Christopher passed away and he was delighted by the collaboration between the two foundations in support of their wishes.

ACF has followed the establishment of the Bakers Dozen Social Justice Fund at INCF with much pride and we are honoured to have been a part of Christopher and Kerri’s giving journey.