From ‘Kids Off Nauru’ to ‘Back The Bill’ success 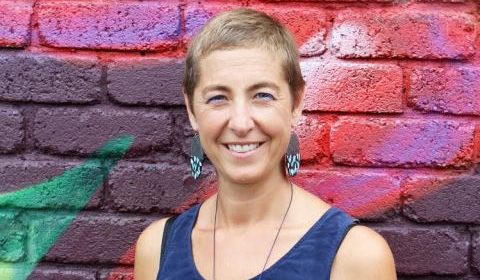 In under 48 hours last week, ten ACF funds responded to an urgent call for co-funding from the Impact Fund for an Agile Grant to support the Medical Evacuation Response Group (MERG). This swift and decisive action by co-funders—amounting to $75,000 in co-funding—is a testament to the importance of the issue being addressed, as well as the merit of the Impact Fund model.

With the recent passing of the Home Affairs Legislation Amendment (Miscellaneous Measures)—also known as the Medevac Bill (a great outcome, partly due to the support of ACF funds)—there was an urgent need to ensure the integrity of the implementation of the Medevac process.

A coalition of community organisations from the refugee sector (Human Rights Law Centre, Asylum Seeker Resource Centre (ASRC), Refugee Council of Australia and others) came together to form MERG to:

This $75,000 Agile Grant will be used to resource the top priority role—a Triage Manager based at ASRC over a six month period.

We hear from Director of Advocacy and Campaigns at the Asylum Seeker Resource Centre and ACF sub-fund holder, Jana Favero, on the journey that got us here.

It’s hard to believe that the Kids Off Nauru campaign started only six months ago and has successfully pivoted to the medevac bill.

The campaign launched on 20 August, led by World Vision and supported by organisations such as Asylum Seeker Resource Centre, Refugee Council of Australia and GetUp. At that time there were 119 kids in detention on Nauru. Today, there are none.

The launch of the campaign saw a groundswell of grassroots support mobilise behind a call to get all kids and their families off Nauru. Pressure came from all across the country—doctors, lawyers, schoolchildren, artists, nurses and teachers have all joined the call to get kids off. Events have been held in not only major cities but also rural and regional towns. Over 170,000 people signed the petition and over 400 organisations rallied behind the campaign.

What became apparent after the first few lobbying trips to Canberra was that public pressure wasn’t going to be enough to get medical care for the men, women and children on Nauru. Those leading the campaign decided to add a legislative pathway, to enforce the efficient transfer of people as a strategy.

The medevac bill originated with a private members bill, the Migration Amendment (Urgent Medical Treatment) Bill 2018, introduced by Kerryn Phelps in the lower house. While there was strong support for this bill, there weren’t the numbers needed to pass the house with an absolute majority. This was then further developed into a series of amendments to a bill before the Senate (requiring only a simple majority), the Home Affairs Legislation Amendment (Miscellaneous Measures) Bill (introduced by Tim Storer and seconded by Nick McKim). This bill was supported by crossbenchers, the Greens and the Australian Labor Party, and passed the Senate on 6 December 2018.

Where to from here?

Now that the bill has received royal assent, the implementation process will begin and the refugee sector is currently working together on a robust and orderly process to ensure that transfer requests are prioritised based on medical need.

There is now the added complication of the Government announcing that people transferred to Australia would be sent to Christmas Island. This has been criticised by many and is not the intention of the bill. This is a situation that will need to be continually watched and monitored.

It has also become obvious that with an election looming, asylum policy and border protection will become a focus. We are bracing ourselves for scare campaigns and a strong fear narrative coming from the Government. We will continue to provide accurate facts and evidence to the public to ensure that the fear and borders narrative is challenged by a narrative of compassion, fairness and humanity.