The evolution of ChangeFest in partnership with First Nations Australians 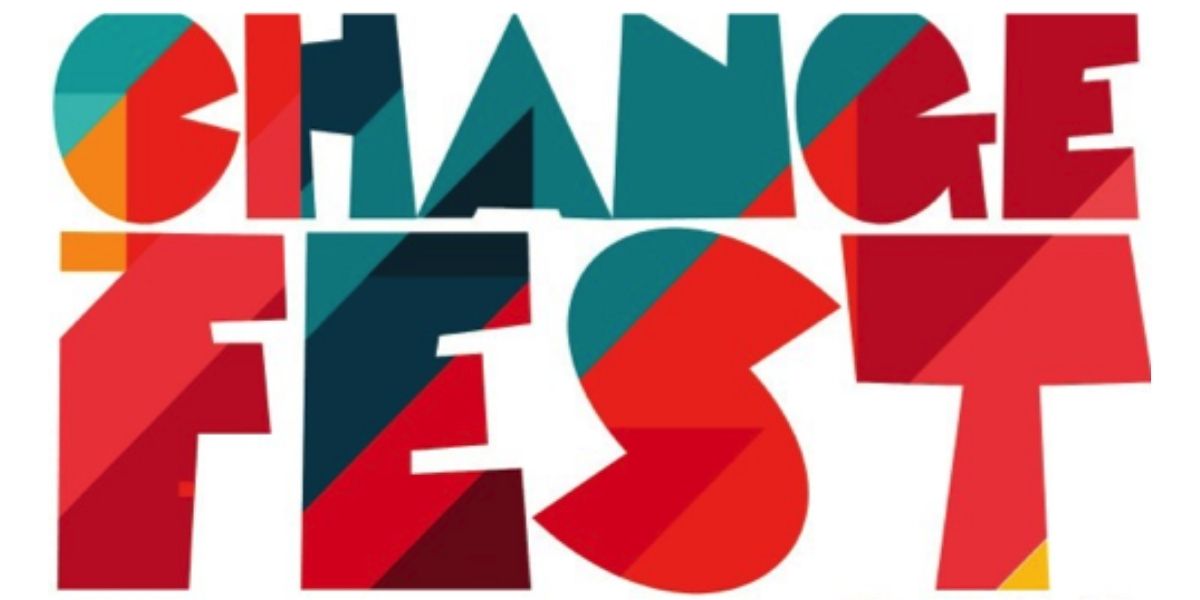 Written by Kerry Graham, ChangeFestPosted on 5/5/2021

ChangeFest is a national celebration of place-based social change with a growing focus on systems change. The event is hosted by a different community each year and aims to gather the growing movement of people engaged in collaborative practices that put community voice at the centre and are intent on shifting the conditions that hold inequality in place.

ChangeFest is evolving with a dynamic process of co-creation and co-leadership between Indigenous and non-Indigenous Australians. The impact from each event is set by hosts and participants, seen in tangible action plans, building cross-sector networks, cultivating relationships and also through experiencing the power of collaborating together with strangers from different backgrounds and perspectives. By addressing complex challenges with an intercultural and multilayered approach there are many entry points for citizens and communities to share and learn from others.

Together we share a vision of a future for Australia where all communities thrive, regardless of the postcode, where all children have a safe home, are healthy, are educated and have a strong sense of identity and belonging.

ChangeFest started in 2018 when some of Australia’s leading place-based change-making organisations teamed up to create a new working space. Part symposium, part festival their aim was to create an opportunity to bring communities, government, business, researchers and philanthropy together.

ChangeFest18 was held in Logan, Queensland. During this first event, local First Nations people rallied to become central to ongoing plans and rewrote the ChangeFest policy document informed by the Uluru Statement from the Heart. The ChangeFest18 Statement reset the galvanising principles for ChangeFest to walk alongside and take direction from First Nations people as imperative to achieving equity for all Australians. 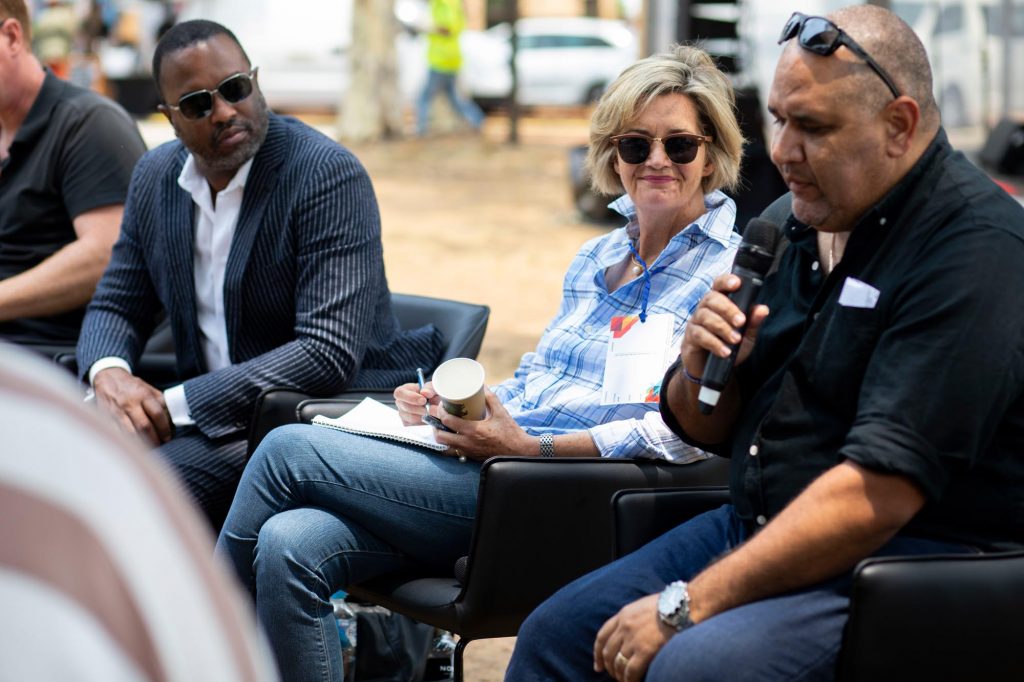 The next event, ChangeFest19, was scheduled to be held in Mount Druitt for and the organisers recognised that they needed expert help.

ChangeFest was an enticing proposition for creative producer and sometime director, Pippa Bailey: “Having spent many years in the arts and most recently as senior producer at Sydney Festival under the direction of Wesley Enoch, I was looking for a way to make a positive difference.

“I have had the enormous privilege of producing the work of several award winning First Nations artists and the profound cultural changes they are calling for. As a white, middle-aged, middle-class woman, I was interested in this role because I could see real opportunity to make structural change and work dynamically to disrupt business as usual.”

Working closely with the Baabayn Aboriginal Corporation and local partners in Mount Druitt, ChangeFest19 took place over four days in November, where 550+ participants learnt together, reflected on their work in community, imagined new ways of doing things and developed policy on place-based change with solutions, at scale.

Disruption came with the Sydney bushfires and on Day 2 ChangeFest19 was evacuated due to toxic smoke – bringing the climate emergency firmly onto the agenda as a message stick was handed over to Elders from the NT where ChangeFestNT21 will take place 8-10 June.

“People from all walks of life all wanting change in their own way for their own communities on their own terms and all committed to making that change. That was a very exciting experience.

“ChangeFest coming to the NT has to be a priority because of the remoteness of the communities in the NT. The change is going to come from our people. We know the changes that have to be made and we know how to do it.”

The place-based focus on local community has seen increased interest since COVID-19 started disrupting our lives. The lockdowns encouraged people to reflect and engage with neighbours and local services. This is nothing new for First Nations Australians whose deep connections, respect and care for Country see localism and environmental action inextricably linked to cultural practice.

The ambition to integrate First Nations leadership at every level of ChangeFest organisation took a big step during 2020 when the National Centre for Indigenous Excellence took up a convening role and a First Nations co-director role was created for ChangeFestNT21.

The Palmerston Indigenous Network is hosting ChangeFest21 and Elders across the Territory are helping to guide the program.

Action has also continued at a local level. Following ChangeFest19, 16 communities responded to a call out to communities interested in hosting smaller locally-focused events to develop stronger relationships with First Nations people in their places to inform their local plans and ChangeFest on the Road was born.

Despite COVID restrictions, events have taken place in Murwillumbah NSW through It Takes a Town, in Clarence Plains, Tasmania through One Community Together and in Nowra, NSW in partnership between Waminda Women’s Health South Coast Women’s Health and Welfare Aboriginal Corporation, the National Aboriginal Sporting Chance Academy (NASCA) and Native Foods. 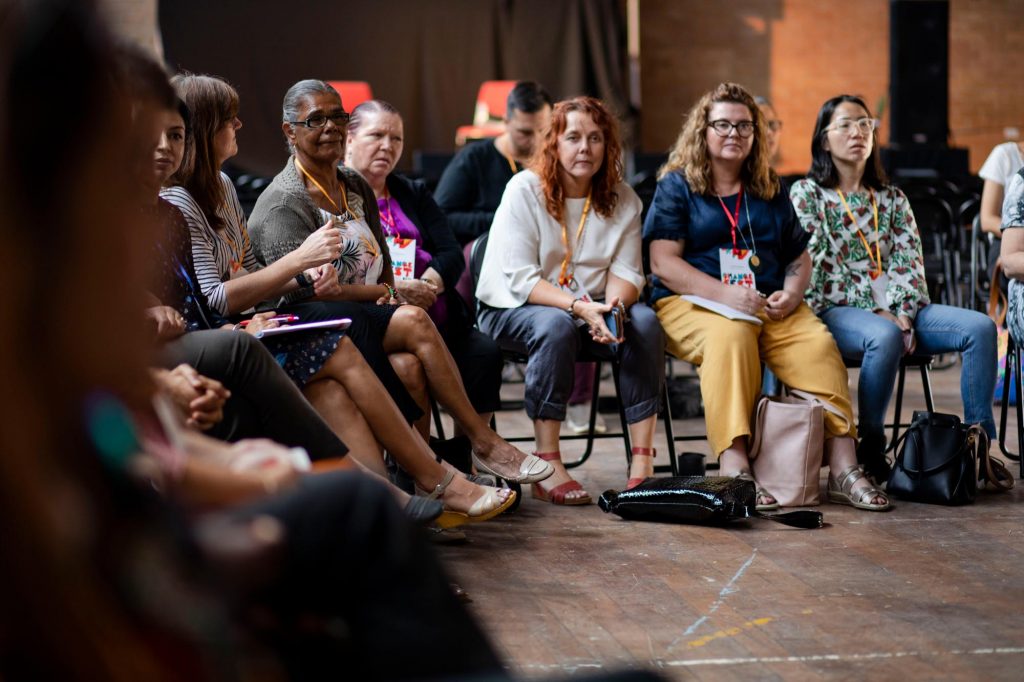 In March 2021, a delegation of community leaders hosted a kitchen table event on the lawns of Parliament House, inviting politicians to a cuppa and a chat about the importance of collaboration in changing the culture. ChangeFest on the Hill converged in the same week as the March for Justice and the Makarrata Concert.

Despite Australia’s global economic success story, there are still too many communities where families are excluded, where community members feel isolated, disempowered and unable to impact the decisions that affect them. Entrenched and complex adversity is a result of historic, institutionalised injustice and inequality and there are financial implications for all Australians. This has been exacerbated during COVID-19.

ChangeFest is one small way we can come together to reach towards our full potential as a nation.

ChangeFest 21 in the Northern Territory 8-10 June. You can learn more about it here and buy tickets here.

ChangeFest is made possible through collaborative funding from government, philanthropy, communities, and participants. ChangeFest is seeking $40k support, ideally in the form of 4 x $10,000 from ACF funders.