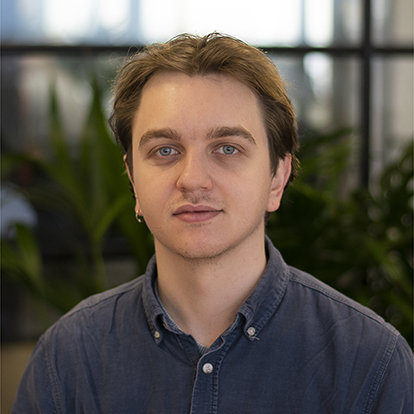 Intended to prohibit discrimination on the basis of religious belief or activity, the proposed Bill would have wound back hard-fought protections for LGBTIQ+ people, women, minority faith communities and people with disabilities.

“Our community’s efforts have stopped the Bill from becoming law and that’s certainly a win,” says Anna. “But the past few months have been a really difficult time for our communities. LGBTIQ+ people, particularly trans young people and queer people of faith, have once again been the subject of intense scrutiny and political debate.”

Reflecting on EA’s collaboration with others concerned about the draft Bill, Anna says there has been an unintended upside of the past few months too.

“We have built stronger connections with faith communities, multicultural communities, people with disabilities, women and other affected communities. We now have this incredible network through which we’re building consensus about the importance of laws that protect us all equally.”

Australian Communities Foundation and the Impact Fund community are long-term supporters of EA’s work. In 2017, the Impact Fund supported the marriage equality campaign, out of which the organisation was established.

We caught up with Anna in the 24 hours after the Religious Discrimination Bill had been shelved for an update on EA’s work and how ongoing support from the Impact Fund community has helped EA become Australia’s leading advocacy organisation for LGBTIQ+ communities and their rights.

Tell us about Equality Australia and the work you do.

Anna Brown: Equality Australia exists to create a fair and inclusive Australia for LGBTIQ+ people and their families. We know that discrimination in the law contributes to significant health and well-being disparities that LGBTIQ+ populations face when compared to other Australians, and sadly this is most acutely reflected in self-harm and suicide statistics.

We’re still working today because our communities aren’t equal and the recent debate around the religious discrimination bill has highlighted this. We still face discrimination entrenched in our laws and we still need to improve social attitudes and inclusion out there in the community. There’s so much work to be done.

After marriage equality was achieved, I became worried because I knew there were still so many issues facing our communities

Why do we need an organisation like Equality Australia?

AB: Equality Australia was built from the ‘Yes’ campaign for marriage equality in 2017. At the time, I was working at the Human Rights Law Centre and we were really grateful to have the support of the Impact Fund for the marriage equality campaign – a really important moment in Australia’s history. It was a campaign that united our country around shared values of equality and fairness.

After marriage equality was achieved, I became worried because I knew there were still so many issues facing our communities and there was now a sense that our issues had been dealt with. But through my work at the Human Rights Law Centre, as just one example, I knew there were young trans people out there who couldn’t access the medical care they needed and that the marriage debate had only just scratched the surface.

There was so much work to be done and we needed an organisation to do that – the marriage campaign highlighted that. We were able to mobilise our communities and I saw all of the goodwill and value we created through the marriage equality campaign and I thought we can’t let that fall away.

With the support of our Board and key donors, I went about repurposing that community infrastructure we built through the campaign to create Equality Australia.

How does Equality Australia protect the rights of LGBTIQ+ people?

AB: Uniquely, Equality Australia brings together the legal and human rights expertise of the Human Rights Law Centre with the campaigning capability of the ‘Yes’ campaign for marriage equality. Part of the strength of our work is that we have the legal expertise that enables us to explain to politicians why they should vote for or change a particular law and we can then support them to do that or take an action in the courts and our campaigning capability allows us to communicate those positive messages of change with the community.

Secondly, we have the power of the people from the community behind us, and we’re able to tell their stories. When politicians hear from and speak with these people, that’s what actually changes their hearts.

How important is the support you receive from funders like the Impact Fund community?

AB: From the very beginning the ‘Yes’ campaign was a unique alignment between Australian campaigners and philanthropists, and we have built our organisation upon that same foundation. It is so vital because we don’t receive government funding in the same way that some other charities do and this underscores the independence of our voice and our ability to campaign freely on the issues that matter to our communities. More than many others, we rely on the generous support of our donors and that’s why Australian Communities Foundation and the Impact Fund is so important for our work.

When the threat of the Religious Discrimination Bill first emerged in 2019, the Impact Fund’s flexible support helped us quickly shift gears

The ongoing and flexible nature of ACF’s support has helped us respond swiftly to changes in the political landscape. If you look at the past few years, the Impact Fund community was quick to support the marriage equality campaign, then supported Equality Australia in our early days when we were focused on closing loopholes in legislation that mean religious schools are exempt from anti-discrimination laws that protect LGBTIQ+ people.

When the threat of the Religious Discrimination Bill first emerged in 2019, the Impact Fund’s flexible support helped us quickly shift gears. The more recent support earlier this year enabled us to increase our campaigning work as the debate around religious freedom gathered momentum.

It is really wonderful to have funders like the Impact Fund community. It means that we can go out there and advocate on behalf of some really vulnerable people and bring them together to create a movement to take us forward and build a more inclusive and equal society.

Want to learn more about the Impact Fund’s key achievements? Join us at the five-year celebration on 7 April 2022 at the Victorian Pride Centre or online. Register here

Feature image: Anna Brown and activists from Minus 18 delivering a petition to Parliament House in Canberra.