The multiplier effect of structured giving 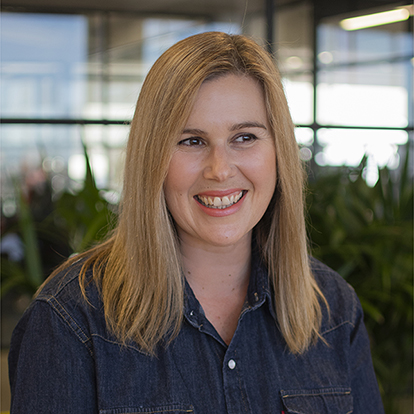 When Sue Dahn took out first place on this year’s list of Australia’s Top 50 Financial Advisers, she became the first woman to hold the coveted title. “I’m delighted for myself and the firm to win this prize and I hope more than anything else it encourages more women into this area,” Dahn told The Australian.

In her role as Partner/Executive Director of Investment Advisory Services at Pitcher Partners in Melbourne, Dahn personally takes care of $1.5 billion worth of funds under management. Beyond her day job, Dahn is a former board member of Australian Communities Foundation and still serves on the Foundation’s investment committee as well as the investment committees of Victorian Traditional Owners Funds, University of Melbourne’s Trinity College and the MTAA Super Fund.

Dahn has been a champion of philanthropy for well over a decade, citing a Gumnut account at Australian Communities Foundation as her first foray into structured giving, circa 2005. Dahn had been curious to learn how philanthropy worked in practice so decided to open a fund herself so that she could provide accurate and honest advice to her clients.

In this recent conversation with Australian Communities Foundation, Dahn talks about building her own “philanthropic nest egg”, why it’s better to give “with a warm hand” and the multiplier effects of philanthropy done well.

Congratulations on being named Australia’s number one financial adviser for 2019! You’ve received many honours over the years, what does this recognition mean to you?

SD: The most recent one was definitely the highest profile one and it’s a personal honour but no-one achieves on their own. It’s really a recognition of the work of hundreds of people over 20 years, the vision of my firm being so fiercely independent, conflict-free and client centred.

You’ve been involved with Australian Communities Foundation for almost 15 years. How did that connection come about and how has your relationship with ACF evolved over time?

My first contact with ACF was when I took part in a professional advisers’ group which could have been as early as 2005. From there, I joined the Investment Committee in about 2007 and was invited to join the Board in 2010.

When I joined that professional advisers group I started my first Gumnut account because I wanted to experience it myself before I advised others to do it. After that I opened a sub-fund for the same reason, then I opened another and another. I have three sub-funds with ACF now.

Does that mean it’s safe to presume it was a positive experience of giving for you?

Yes, it was a positive experience though not without opportunities for constructive advice about how the experience could be better as a donor. If I’m going to back an organisation, I want it to be doing the best it can. I’m not a shy person and if I see something that could be done better, I’ll tell someone! Some of the pipes and wires were not as good back then as they are now.

Have you seen an increasing willingness from advisers to discuss philanthropy with their clients?

My observation is that those discussions have been more client-driven than adviser-driven. Advisers have a lot on their plates so adding yet another area in which to become an expert is yet another demand.

As clients build and accumulate wealth and as their interest in philanthropy grows and as philanthropy gets a greater public profile it will become demand driven. But, that said, more advisers are building their expertise.

What are your thoughts about how financial advisers can best broach the topic of giving?

I like to think there are four or five times in the advice conversation where it’s possible to bring the subject of giving up, for example if there’s a capital gains tax event on the horizon or when doing general tax planning for year end. You can also raise philanthropy when you first meet a client in the ‘getting to know you’ phase when you talk about the big things like life objectives; and then there’s another opportunity when you’re talking about wealth transfer or estate planning.

Good advisers have close relationships with their clients and talking about life and what makes meaning to us all is central to the conversation: whether it’s the arts, the environment, social justice, science or whatever it is that makes meaning in your life. If you’re a good adviser, you know what that is for your client and you can open up the topic of philanthropy by having that conversation.

I really think it’s a conversation you have all the time, but it can be structured at particular milestones.

Can we talk about your personal philanthropy journey and why giving is important to you?

I think giving is important because we have an obligation in life – which is the greatest gift of all – to find out what we’re good at and then spend the rest of our lives doing that in service of a better world.

For those of us blessed with economic or financial resources, giving those resources as well as giving skill and time is part of the mix.

I was influenced early on because I personally benefitted from philanthropy. I received a place at a residential college at university which I couldn’t have afforded myself and I was very grateful for that.

In my mid-20s I worked for the Victorian Women’s Trust and was involved in a project called Women’s Enterprise Connection where I was a financial business adviser to women who were coming off benefits and wanted to start micro-enterprises. This was a collaborative exercise between the Victorian Government and the Victorian Women’s Trust and that was where my education about philanthropy began. I met a lot of very inspiring women who were philanthropists in their own right and they opened my eyes to what philanthropy was really about.

Opening the Gumnut account at Australian Communities Foundation was the start of my own structured giving as opposed to ad hoc giving. I received a very modest legacy when my mother passed away and that prompted me to set up the second sub-fund. I felt I’d received another gift and felt obliged to do something with it.

Then, in my work at Pitcher Partners, I established the Pitcher Partners Charitable Fund and I’m chair of the Charitable Committee which covers the sub-fund which supports scholarships for young people who want to study accounting. I also do a lot of pro bono and low bono work and we have an active CSR program. Last year we gave $1.2 million to the community.

Our commitment is to provide $1 for every hour worked within this firm. That means that for every hour someone at Pitcher Partners works, regardless of what role you perform in the organisation, we give a dollar back to the community.

As our firm grows we’ll keep growing our commitment and our contribution. It’s something I’m really pleased to have been able to bring into the workplace that touches 800 other people.

I’m a bit of an evangelist for philanthropy. I do my own efforts on a smaller scale but, as a taxpayer at the highest marginal rate and at this time, in my final years of work, I am accumulating my philanthropic nest egg for want of a better word because it makes financial sense to do that while I’m getting the biggest tax deduction.

That’s the beauty of the Australian Communities Foundation model – I don’t have to give it all away until I’m really ready to enjoy that part of it. You can enjoy the tax advantage now and know that you’re going to get the fulfillment from the granting side of it over the next decades.

I’m trained as an economist as well as a financial adviser and we economists love multiplier effects. If you can get something to lift two or three times its weight, that’s a big achievement and that’s what philanthropy can do.

What’s been the most valuable lesson you’ve learned about giving that you’d share with anyone who’s new to philanthropy?

The fact that anyone can do it! That’s what’s so wonderful about the Australian Communities Foundation model – it’s so accessible. Just start, you’ll get hooked!

My advice to advisers and donors is that philanthropy is a very personal thing, it’s quite an intimate expression of yourself. Treat it that way. Treat it as if it is a sacred thing and honour it. The conversations are very special and precious when you have them within your own family or with your adviser.

On a practical level, I see some people who say, ‘I’ll leave some money to charity when I die’. That’s been the conventional approach. But it is so much more beneficial to give with a warm hand rather than a cold one. I encourage people to give while they live for two reasons:

I don’t think donors these days are looking for the plaque or being on the honour board, what they’re looking for is impact. How the funds they’ve given are used in service of an organisation’s goals and that takes time. If it’s an artistic organisation you’re supporting, you want to see new works commissioned or new members of the community engaged. If you’re supporting science, you want to see discoveries made. If you leave those things to your Will, you’ll never see them.

Philanthropy gives you the opportunity to make your money work three times.

Philanthropy gives you the opportunity to make your money work three times.

Second, you can invest in an organisation that’s using the funds to do good not evil. If there’s an ESG strategy in place, while that money’s being invested it’s doing good. For instance, ACF’s recent decision to appoint Brightlight as its investment advisers is going to mean even more impact is available for ACF donors.

Third, is when you make your granting.

So, you get a multiplier effect happening. I’m trained as an economist as well as a financial adviser and we economists love multiplier effects. If you can get something to lift two or three times its weight, that’s a big achievement and that’s what philanthropy can do.