Growing giving: The plan to double giving by 2030 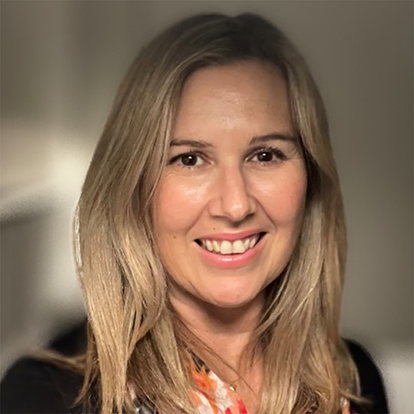 The jam-packed program brought together leading thinkers and local practitioners of philanthropy to interrogate and explore the role and possibilities of contemporary giving.

Though there were many highlights, one of the standout sessions was the panel discussion facilitated by Philanthropy Australia CEO, Jack Heath, on Day 2 which explored opportunities to grow structured giving in the context of the commitment to double giving in Australia by 2030.

Dr Dave Kennedy, Founder of igiveonepercent.org, set the tone for the discussion when he challenged the assembled delegates to contemplate how establishing new giving norms might contribute to the growth of structured giving.

As a former executive at The Atlantic Philanthropies, Kennedy said he was inspired by the organisation’s billionaire philanthropist founder and ‘Give While You Live’ advocate, Chuck Feeney. igiveonepercent advocates for annual giving to charity of up to one per cent of net investable wealth (total net worth less the equity value of your primary residence) each year.

“It’s proportional generosity,” Kennedy said. “It allows people to always have 99 per cent of their wealth left over.”

“By focusing on tech entrepeneurs, Daniel wants to move the dial on philanthropy,” she said, noting that Petre is fully funding the initiative which helps tech founders and executives establish their own charitable foundations.

The free service, Ruffell said, “is about inspiring people to be more philanthropic at a younger age despite the fact that they are asset rich and cash poor.”

“I think the statement to double giving by 2030 is not enough,” declared Caitriona Fay, Private Social Investment businesses and ESG Strategy Lead at Perpetual.

In its place, Fay advocated for greater impact. “I would love to see an ambition around doubling the impact we’re having as a community sector. That means more funds paying what it takes, giving untied funding and supporting capacity building,” she said.

“As we’re growing and bringing more philanthropists into the sector are we giving in ways that maximise benefits to our communities?”

Fay also called out the powerful role trusted advisers play in opening or closing the doors on philanthropic journeys. “We need to think about these intermediaries at the coal face,” Fay implored, adding that philanthropy can be “a tool for connecting families at an intergenerational level.”

Australian Communities Foundation CEO, Maree Sidey, upped the ante by calling out the mixed perceptions associated with the term ‘philanthropy’ in Australia.

“Because of our cultural cringe, we avoid the term philanthropy” Sidey said. “Instead, we explain we’re in the business of growing giving.”

Sidey both supported and challenged the statement to double giving, suggesting that for it to be a truly compelling proposition, key questions needed to be posed. “For what reason? For what purpose?” she said.

If we are going to set such a bold goal then it’s important to make a direct link to pressing issues such as climate change and inequality. It always comes back to the “Why”.

“At Australian Communities Foundation we’re starting to think into wealth activism,” Sidey explained. “People are increasingly interested in how their giving shows up, and that’s especially important for younger givers who are looking for change on the big issues.

“Because we sit at the coal face of giving, we see really interesting shifts, some of which is challenging the construct of philanthropist and recipient. It’s a really binary way of thinking about giving and going forward we’ve got to be more inclusive.”

People are increasingly interested in how their giving shows up, and that’s especially important for younger givers

The new tax structure, she suggested, will unlock enormous potential for community foundations across the country to get more Australians involved in giving, and strengthen the partnership opportunity between public and private foundations.

Unleashing the potential of LGBTIQ+ philanthropy

Flipping the script on Indigenous philanthropy